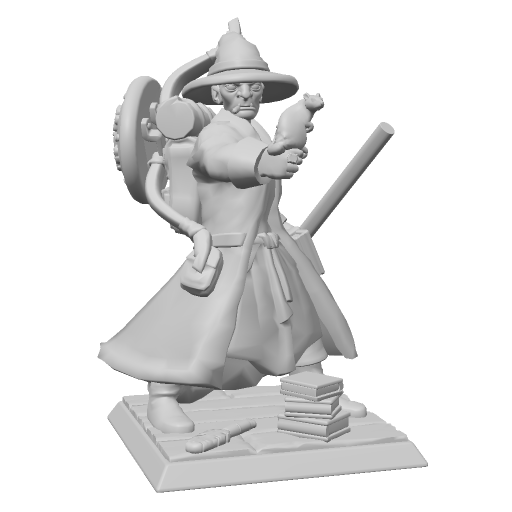 Hi all, here I am again with a new character concept.

I was very excited when I saw that Hobgoblins were an official playable race in the amazing Pathfinder Second Edition, maybe because Spider-Man’s nemesis The Hobgoblin was one of my favorite villains growing up, 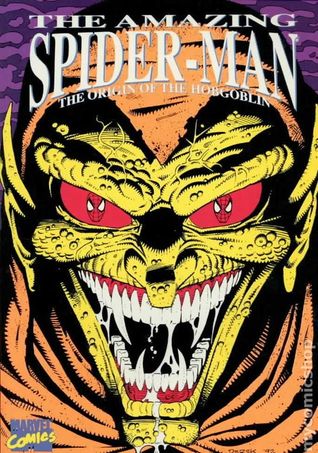 Look at this lovable mug

Childhood dream fulfilled when I purchased this issue

Granted, he’d be more of an Alchemist / Tinkerer if I were to convert him to PF2e.

A few months ago, I made a Hobgoblin character for a Discord campaign that never solidified. You can find that character here (it’s a video from my Youtube channel where I show you how to “roll” an Intimidator Specialist).

Today I’ve decided to recycle the character concept of a Hobgoblin Emissary. I’m really thinking about starting a webcomic as well, as I cannot for the life of me find a PF 2e campaign to join as a player, irl or online, and I’m dying to explore this character concept.

Truth be told, I’ve been inspired by an image I saw recently to finally try my hand at playing a Wizard and after perusing builds on the great app Pathbuilder this is the concept that came to mind.

Here is the filled character sheet, if anyone would like to take a look at it: Hobgoblin Emissary Wizard by Saigon Geeks.

Let’s start by thinking about how we will build this character. Firstly, what is the character concept? Let’s take a look at its origin, it’s backstory.

Following recent PF lore, the Hobgoblin-led Ironfang Legion “made a calculated decision to cease fighting, claim Oprak as a new homeland, and seek peace with its neighbors.”

I thought this was a really cool development and a reason to have Hobgoblins roaming about doing something else than warring, pillaging and enslaving.

Okay, we know it’s a Hobgoblin, so we can start here.

Ancestry: Hobgoblin – Elfbane heritage. No particular reason for the heritage besides the fact that the other heritages didn’t feel right for this build.

The bonus to Intelligence will come in handy for a Wizard, and extra hit points are always good – especially when you’re a squishy.

For the 1st level feat, Alchemical Scholar and Hobgoblin Lore look great, especially if you’re thinking of multiclassing into Alchemist or making a crafty character but this is not the direction I’m taking this guy in.

I’m taking Hobgoblin Weapon Familiarity as it unlocks proficiency in a lot of new weapons. Who knows, maybe I’ll dip into Fighter or Barbarian? Mostly, I like the option of being able to use the Short and Longbow.

Background: Emissary. Here’s where most of the character concept gets its flesh.

Mechanics-wise, the boost to Intelligence is again very neat, and the Multilingual feat helps build the concept as well.

Here’s a bit of backstory for ya: Kraeng was born with a natural talent for learning through books, rather than through physical activities like most goblinoids. He was hand-picked by higher-rank officials to be groomed into an emissary and a linguist, as Oprak would need allies if it were to survive. Fed with a constant influx of books brought from raiding parties and trade, Kraeng started to read… and never stopped. Not allowed to partake in the Year of Hell, his whole life was dedicated to learning languages, often on his own, or by practicing with slaves and traders.

Skipping the Year of Hell however, brought the irk of his fellow hobgoblins. He knew that no matter how good of a poliglot he would become, or how useful he would prove to the Hobgoblin cause, he would never be respected in Hobgoblin society, which alienated him from his brethen and frustrated him.

With the occasional books from distant lands written in strange alphabets, sometimes came tomes of a different language: the language of magic. Kraen was unaware of their actual content and just saw the strange scribblings and symbols as another code to crack in order to teach himself the language.

Day and night he toiled, for months on end, to break this mystical language until one day a part of reality he had never noticed was crooked, clicked into place. Kraen finally understood the magic language and was able to cast his first cantrip. Unfortunately, Hobgoblins despise Arcane magic due to their origins. Kraen knew this and kept his talents hidden. This, coupled with having no mentor, limited his learning greatly.

Still, he practiced. Learning to charm his peers or get revenge on his bullies, he honed his art.

Ultimately, when Oprak was ready to make peace, seek allies and make trade agreements, Kraeng was sent out in the world, without ceremony. Travel clothes, a book, ink, scrolls and maps… This wasn’t equipment fit for a warrior, a hero. Why would an intellectual be celebrated? Still, his superiors gave him a small escort to insure he would get to his first destination safely.

His group was quickly ambushed by a hostile human war party. They were massacred… while he managed to escape, fleeing at the first opening.

Finally, his mind could truly expand freely! He traveled warily from settlement, to village, to town, to city. Carefully disguising himself so he could walk among other peoples with no risk of aggression, he would cover his face, wear long traveler robes and a drooping hat, and add a bit of makeup on his face and hands to mask his skin color. He honed his craft as a Wizard, obtaining a familiar and made coin translating documents and facilitating business deals.

However, his Hobgoblin blood boiled. Despite his intellect and his best efforts, after years, he was craving… adrenaline! Adventure! Violence! How could he gain in magic skills if he continued like this? How could he afford the magic books and new spells he craved on this meager salary?

Another boost to Intelligence! How smart, how smug you are! But how frail, yes. A clear disadvantage when compared to these most brutish of adventurers. You must avoid direct conflict of a physical nature when you can.

With no armor, you can travel light, yes! And traveling light lets you travel far, and quickly, and away from Oprak for fear of being branded a deserter. With your basic Hobgoblin weapons training, you can use a Longbow to dispose of threats and save your spells for other complications.

Since originally you had no control over the spellbooks that would end up on your study table, you became a Universalist, taking in as much arcane education as you could. During your travels you spent many late hours in inn rooms, writing your thesis on Familiar Attunement. You learned to bond with a Familiar at an exceptional level- a rat, its gray coat of hair shimmering blue under the candlelight that fueled your long studying hours.

As you learned at a very young age to avoid any form of physical contact with the other hobgoblins of the camp, for it would usually result in a nosebleed, you perfected the art of manipulation or fighting from a distance, learning to cast your spells from farther out than most other casteres (Reach Spell feat). Your thirst for knowledge made you a Spellbook Prodigy (feat).

Now out in the world, free to walk Golarion and uncover its treasures and knowledge, who knows where you will end up?

I hope you enjoyed this character creation. Let me know if you have any questions! Tell me if you plan on playing Kraeng, or if I could play him in your campaign! Feel free to share your own Wizards’ origins!

My Betta NEVER goes in any cave or shelter I've given him in the past, so I was surprised to see him there.
The start of a heavy but short shower here in HCMC
Fighting lockdown boredom with shiny toy