This book is probably the exact kind of thing people think about when they imagine, in a derisive tone, what “self-help books” are. However, I really liked it, and as an avid consumer of ahem self-*ahem*-development, sometimes there are things that just stick in my brain better when I read them. Or, in this case, listen in the audiobook form.

Jim Rohn narrates his own work in this fast-paced, very much ‘guide to life’ piece that I think I listened to at the right time to get out of it what I needed. Rather, if I had listened to this at other life-stages, say, as a lazy teenager, I might have been both incapable of absorbing the positive, or otherwise might be held back by my own limitations.

Rohn is a known as a motivational speaker, one whom I never heard of prior to listening to this. I do not know whether it’s because I don’t really consume “motivational” stuff, or perhaps Jim Rohn happens to be one of the better ones, but the short summary is: I liked it, and felt all the better for reading it.

The Power of Ambition is essentially a motivational speech in the form of a book. If I were to get nit-picky about what I didn’t like, I might actually take issue with some of the religious quotations. But that’s me, a decidedly non-religious person scraping the bottom of the barrel to find something to complain about.

As someone raised Jewish and someone who, in budding adulthood, read and loved Allaine Botton’s “Religion for Atheists,” and now, still as someone who’s become kinda more open to soft-spirituality for the sake of mental well-health, the above critique really isn’t the point. Replace the word church with mosque or synagogue or pagoda and really very little changes ~ Jim Rohn is talking about family values, about building integrity in kids, responsibility and diligence.

It ought not be all the surprising coming from a dude born on a mid-western farm in 1930, but again, not the point. Let’s get to the good stuff.

The book is positively loaded with quotes that feel like decent life advice, some of which is of course, on one hand, what some folks might dismiss as obvious. That too, is not the point. This is not a book meant to transform wicked people into upstanding church-goers or something, rather I feel it’s meant to sorta fill in the gaps for anyone who happens to pick it up.

So, on the other hand, better to have decent life-advice written down for someone to absorb. I won’t say I already knew everything that Jim Rohn said here, that’d be unnecessarily arrogant. I will say that there’s a lot in here that truly isn’t mind-blowing insight, either. But, I will say that I learned something quite interesting:

When listening, I found number of my own internal, invisible scripts being verbalized, which is both re-assuring and oddly calming. Take this idea, for example:

“[Get rich] at the service of others, not at the expense of others.”

This to me is obvious ethical conduct. I can only hope it is obvious for other people. There’ve been times in my life when I have had the opportunity to cheat or otherwise profit off someone and likely get away with it. Sure in social interactions I don’t have the imagination to illustrate, but in a professional environment? Oh you bet, it’s always easy to lie or otherwise cut corners. Buy the cheap hammer and nails to build a house and by the time it starts falling apart four years later, you’re a couple counties away.

I don’t know where I learned how cutting corners is just bad conduct. Probably the whole Sesame Street golden rule thing. More likely when I worked alongside my father as a young adult and he told me: “You can do it quick, or you can do it right.” In fact, our job was fixing problems in houses that people made with shoddy craftsmanship four years prior.

Back to the book, for anyone who might’ve picked it up, and to whom that principle isn’t, in fact, all that obvious, it is good to have in there.

Reading outside this text about Jim Rohn shows a lot to like. Like I said, I’d never heard of him before picking this up, kinda got a hold of it and tried it at random. Glad I did, because this book ‘filled in the gaps’ for some other things, or at least reassured what I felt like I already knew, but could not verbalize.

So what of you? 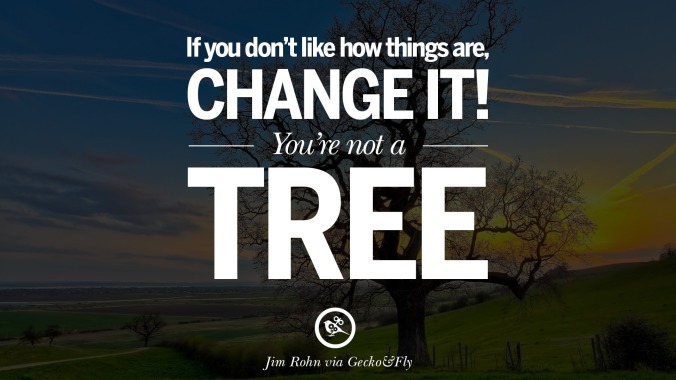 Perhaps it is your ambition to be wealthy.

Perhaps it is your ambition to be healthy.

Perhaps it is your ambition to be famous.

Perhaps your ambition is simply to get out of a rut, extricate yourself from a cycle in which you’ve found yourself.

All of these are valid. I’d recommend this book to anyone of those, if at the very least, to reassure what you already know to be true in your own life. And, perhaps, some gaps in your own psyche or framework can be filled. After all, if you get an idea – just ONE idea – from a book, that book was worth it, no?

Granted, motivation is temporary. To read this and feel motivated enough to exert some kind of change is great, but that is a micro-step.

What then, are we to do with this motivation?

We are to set new habits in motion, and develop systems for when that habit isn’t yet fully formed – and when the motivation inevitably falters. Jim Rohn refers to it as discipline.

“Discipline is the bridge between goals and accomplishment.”