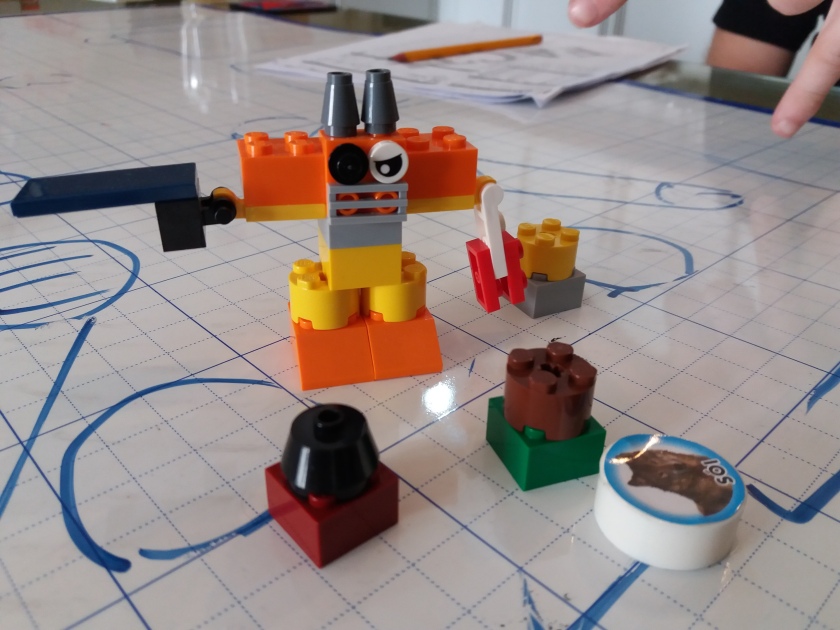 You might have noticed that this blog has been either A) dead as dead, or B) heading towards geekiness.

For those of you who know me personally (the actual majority of my readers), you already know I literally wear my geekiness on my sleeve, what with my Game of Thrones, Nintendo or D20 tattoos (that’s without the other movies and tv stuff), so this writing direction should come as no surprise.

I’ve recently finished 2 campaigns of the amazing Total War: Warhammer PC game (as Bretonnia and the Vampire Counts, for the curious) and being knee-deep in intense game lore for a month and then stopping cold-turkey has created a vacuum reaction of creativity, that has invaded my tiny bit of free time. Coupled with the fact that I’m about to start playing Pathfinder with my friends again, this text was born.

Hopefully I won’t get too busy/lazy and will continue expanding and sharing my ideas in the future.

About 6 years ago, I started getting into Dungeons & Dragons with a couple of friends. I offered to act as DM, since I already enjoyed writing, world-building, I wasn’t scared of reading the rules, and I already owned the bestiaries because monsters are fun. After a bit of preparations and convincing, I finally had 6 people gathered around my tiny kitchen table, ready to roll characters.

Lo and behold, they all wanted to be evil. They all thought they were being original, but they all had the same exact idea. They wanted to play misunderstood ( or assholes) monsters. So my very first session had my friends and I coloring a bit out of the lines, and that stuck. Whenever I or a friend were designing a new campaign (we did that A LOT), we would try to surprise “the audience” by having “good” Orcs, or having a whole world of shades of grey, or original characters. Constantly trying to redefine the norms, we thought.

For example, without going through the evil group (who lasted 1 session anyways): a whole party of dog-riding Halflings. A museum curator. A Bearbarian. A Tri-keen salesman.

Fast-forward to last year. I played a session or three with an old-school, 2nd edition DM. Elves were in the woods. Dwarves were grumpy. Orcs were evil savages.

It saved so much time! No need for lengthy explanations as to why Goblins should sometimes be more trusted than humans, or as to why I should murder an Orc on sight. It was also great fun.

Coloring within the lines is fun. You can choose all sorts of different colors, though.

Last night, I submitted my idea for my new hero to our GM, and also shared it with two of my friends who like to be bothered at all times of the night with that sort of stuff, and they both said it sounded like a fun build.

Keyword “fun”, not efficient. Not a killing machine. Not a monster of numbers.

I’ve since then looked through my pile of character sheets filled with would-be heroes, that I have been rolling in my free time, between sessions. None of them are optimized, I believe. All of them are level 1. All of them look fun to play.

So, here’s the goal behind this new series. I’m hoping to irregularly (let’s be honest) share a past character I’ve created, which should hopefully be somewhat original or fun to play, to serve as inspiration or time-saver for other players out there who have read the great class guides by either Zenith Games, or Giant in the Playground , for example, and are looking for something else (don’t get me wrong, these guides are incredibly useful and awesome labors of love).

The character in question!

Isn't he the cutest 😭
Lockdown looks
The daily worries of a Betta fish owner: