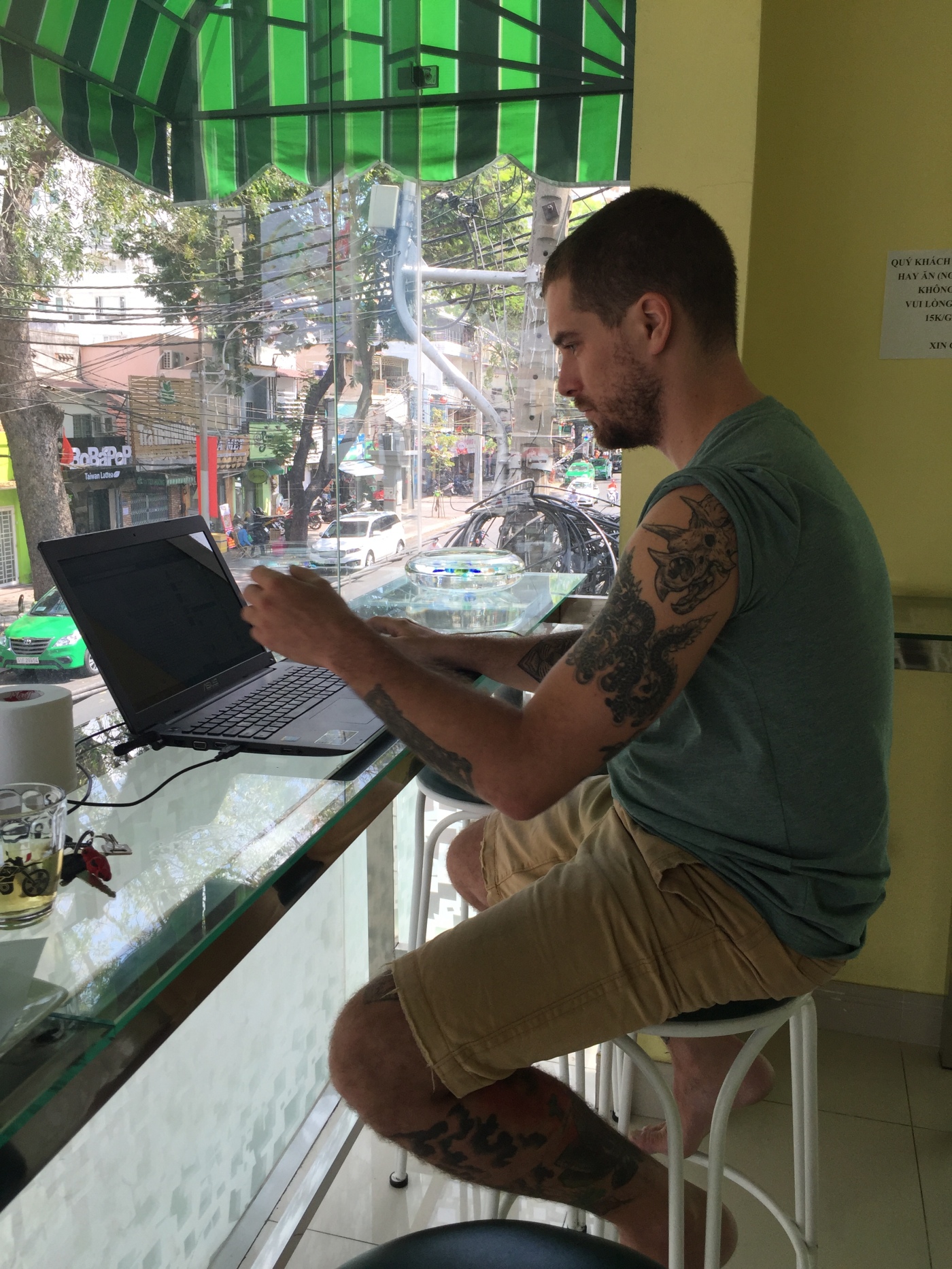 Hello everyone, it’s been a while!

It’s crazy how certain events in my life have an effect on my inspiration and desire to write. Since I came back from Laos, work has been very, very slow, and the temperature going slowly but steadily upwards means that I have spend most of my time at my kitchen table, playing video games, reading about teaching and playing one of my all-time favorite board games, Smash Up.

Which means that I have experienced very little in terms of “blog-worthy” events – but that my brain-hamster has been running non-stop, in all directions. Still, it’s been two months, and so a kick to my own arse is perhaps needed to get the ball rolling again. In the past I would write about my feelings and thoughts a lot and it always seemed to reach people, so maybe it’s time to go back to that.

When I left Canada back in August 2014 (woa) I had about 700 FB friends. I am now at 1,109 (woaaaa) and the Vietnamese use it much more prominently, which means that half the time my feed is full of unreadable blabber. However, recently a lot of my friends have been talking about Formosa (more on that later).

Just a few months ago when I was chatting it up with strangers in Laos, people would often ask me when was I ever going back to Canada. 100% of the time my answer was “Not in a long, long time”. Just a few months later and my answer has somewhat changed to “One more year in Vietnam and then we’ll see”.

Let’s shed a little bit more light on the internal struggle at play here. When people ask me why I left Canada, most of the time my answer was “I was bored”, which is true in itself.

In reality, it’s more of a combination between boredom, existential crisis, and the feeling of being trapped by labels.

I was bored because being on a constant party mode got old, and so did my couch and my PS3. I was bored because I didn’t have enough money to do all the things I wanted and participate in all the activities my friends were inviting me to. I was bored because I lacked the foresight, the energy and the confidence to get out of that hole I dug myself into. Because I could not see over the walls that I surrounded myself with.

Existential crisis because when I stopped drinking and smoking long enough for the vision to clear I felt that I had never accomplished anything. I had created nothing of lasting repercussions on this earth. I had put all my dreams and goals on the back-burner, back when I was 14. Writing a book. Walking in an ancient temple. Starting my own t-shirts line. Learning a third language. All of a sudden, I was 27 and that live-fast-die-young attitude had gone up in smoke.

Feeling trapped by labels, because here I was walking around in a leather jacket, army boots, comic book tattoos and a shaved head, ears constantly ringing from permanent damage suffered at punk-rock shows, but I could barely play guitar and let alone sing, those few protests I found myself walking (and drinking) in amounted to basically nothing when the dust settled, and generally I felt like a tool. The biggest label imposed to me however was the one that I got at age of 15, when my dad got me my first summer job. It paid really well, especially for a 15-year old, but it put the stamp of “Office Clerk” on my CV, which I feel would influence the jobs I got for the next 10 years.

Also, the label suffered because of my inability to succeed at university. I’m sorry, but to this day I still feel like 90% of our education system is based on “How good are at you at memorizing” and not “How good can you become at whatever you want to do”. It closes a few doors when you’re just not good at school, and it closes a few more when people see you never bothered to get a diploma.

So whatever label that is, it’s a weird one. It’s an okay one to be a drifter at 20, but at 27 (or now 32) it makes things considerably more difficult when it’s time to land a meaningful job (when I returned to Canada at 29, I applied to all sorts of jobs, and the only answers I got were for a $12/hour forklift job. What a dream! I ended up doing landscaping with my friends for the same salary and I must say I regretted not doing that sort of work much earlier on).

Some people have freely decided to tell me that I was running away from my problems, my responsibilities and everything else. I don’t feel that way, since I didn’t feel like my lifestyle was problematic, just stagnant and that a thorough change of environment was needed in order for me to do something about it.

Whew! That needed to come out it seems! It wasn’t even the intended original topic for this post but I guess this is what it’ll be.

As a teaser for the next post, I’ll explain why these days I don’t feel like my place is in Vietnam either… In the meantime, go see Captain America: Civil War, it’s super cool.