Berlin: a king among cities. An island, standing alone in Germany.

On this island, a park. The Mauer park.  Not one of the largest or most beautiful but certainly a staple of nocturnal and daylight activities, is  Prenzlauerberg’s Mauer park. 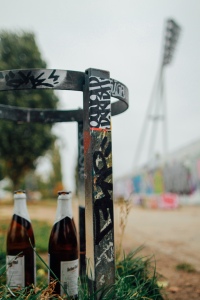 Once, it was a death strip, a zone between the Berlin walls where no one ventured…but since the wall’s tumble, it has become home to all sorts of wanderers and odd fellows. One day, there were ponies. It was certainly one of the more random occurrences I’ve had happen while painting.
Random ponies are a surprising thing nowadays. Very surprising, indeed. 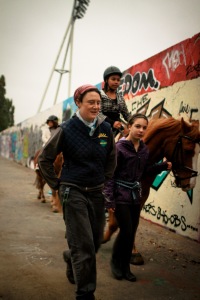 Photos and words by MEOR